There was a lot going through Andy Buchanan’s mind while he was running on the streets of Birmingham during Saturday’s Commonwealth Games marathon.

It was only the 31-year-old’s second time competing on the world stage in a 42.2km event and his motivation to get through the peaks and troughs of the race was simple.

“I am a Bendigo boy through and through,” Buchanan said.

“When I was climbing those last few hills the going was tough.
“But I knew how much support there was back home in Bendigo and that’s what made all the difference to help get me to the end.”

While Buchanan was competing against the world’s best in Birmingham, the local athletics community gathered at the Flora Hill Track to cheer him on.

Buchanan crossed the line with a final time of two hours, 15 minutes and 40 seconds to finish the race in seventh position.

Fellow countryman Liam Adams was also in action and was just shy of a podium spot in fourth position (2:13:23).

Buchanan knew the support back home was going to be strong for his maiden Games. 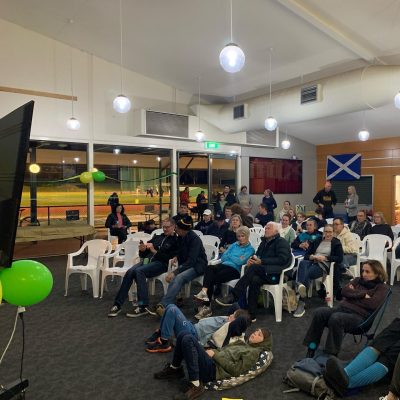 Above: The Bendigo Comm Games Watch Party in action. 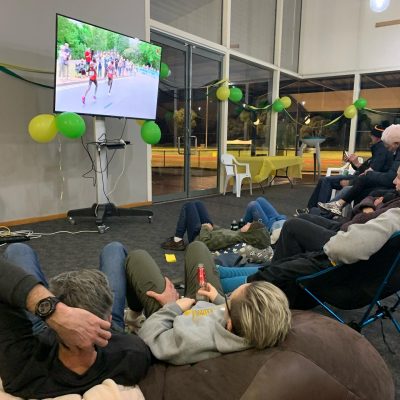 Above: The Bendigo Comm Games Watch Party in action.

What surprised him were the rows of dedicated fans from across the world who lined the streets of the circuit. “Before the race I was a bit nervous,” he said.

“I didn’t quite know what to expect as the only other marathon I’d run was set up for fast times whereas this was a championship style course.

“I trained and prepared for the race as well as I could and the best part was when the starting gun went off all the nerves disappeared.

“Now it was my time to get to work and focus on what I had to do.”

Just moments into the race Australian runner Adams put his foot down to take an early lead, but was followed closely by a small group which became the lead pack.

Buchanan decided to take a more cautious approach by remaining with the second pack which included England’s Jonathan Mellor.
“It was a tough course and when Liam broke away early, I knew trying to keep up with him was not the best thing for myself so I remained in the chase group,” Buchanan said.

After running with the group for several kilometres, both Buchanan and Mellor started to make their break.

“At one stage we were coming up over a hill so I picked my tempo up slightly and he followed. For around the next 10km we were running with each other side-by-side,” Buchanan said.

“We were battling the whole way but on those last few hills near the CBD he found a bit more than myself and extended the gap and I just couldn’t close it.

“It was a really good battle. We’d never met each other before and after the race there was such strong mutual respect between us as we knew we’d put absolutely everything in.”

“Overall I am really happy with my result and I keep reminding myself that marathon running is still something that’s quite new to me,” Buchanan said.

“It certainly wasn’t easy and I am proud of my race.”

There’s another element of the whole Commonwealth Games experience that’s now quite close to Buchanan’s heart.

The camaraderie within the Australian team.

“We have a really tight-knit group of marathon runners and we’d been training together in Saint Moritz during the weeks leading up,” Buchanan said.
“This is my first time on the Australian team and being in the athlete’s village is all very new to me.

“For a lot of the others it’s their third, fourth or even fifth Games and being able to learn from that experience helped me prepare and understand how the whole thing works.”

The green and gold bond was just as strong on the course with Buchanan thrilled by the chance to see fellow Australian Jess Stenson (2:37:31) cross the finish line to win gold in the women’s marathon.

In addition Eloise Wellings (4th) and Sinead Diver (5th) were also close behind.

Just before the men’s race, Madison de Rozario triumphed in the women’s T53/54- successfully defending her gold from 2018 on the Gold Coast.

Now that Buchanan’s race is over, he looks forward to spending more time soaking up the atmosphere in Birmingham.

“I might go for a run, or I might not. I’ll see how I feel,” he said.
“The thing about running is that it’s physically taxing, but also on a mental level too.
“It’s really all I’ve thought about for the past 12 weeks and I am looking forward to having a week off in the village.”

Buchanan is unsure when he will next take on the 42.2km distance, but one thing for sure is that there’s something in the works.
“My coach has a few plans for what’s next but he hasn’t told me yet,” Buchanan said.
“I don’t like to think too far ahead and I’ll leave it up to him.”
However, what’s certainly on the horizon in the coming weeks is a stint on the Victoria XCR circuit with the Bendigo Bats.