BENDIGO Bats gun runner Andy Buchanan charged to victory in the open 8km as round two in Athletics Victoria’s cross-country series was run on Saturday at St Anne’s Winery in Big Hill.

Hundreds of athletes from metropolitan and country regions marked the trek to Bendigo for the first major cross-country event on the outskirts of the city for more than 20 years.

Bendigo Region was represented by 50 athletes in race distances of 3km, 4km or 8km on a course designed by University Pride’s Jim Russell.

Buchanan and his Bats’ team-mates were determined to follow up their victory in men’s premier division in the season opener at Jells Park.
A dual national 10km cross-country champion and brilliant competitor at many distances, including marathon, Buchanan powered through the vines and up and over the hills at St Anne’s in 24.29 minutes. Runner-up in the men’s open was Box Hill’s Andre Waring in 24.45, as Seth O’Donnell from Mentone clocked 24.59 to be third.

The Bendigo Bats were again number one in men’s premier division through the feats of Brady Threlfall 25.13, 6th; Nathan Stoate 25.14, 7th; Matt Buckell 26.23, 25th; Archie Reid 26.36, 33rd; and Jamie Cook 26.44, 36th.
Bendigo won the premier division contest for the round ahead of Western Athletics, Box Hill, Glenhuntly, and Melbourne University. 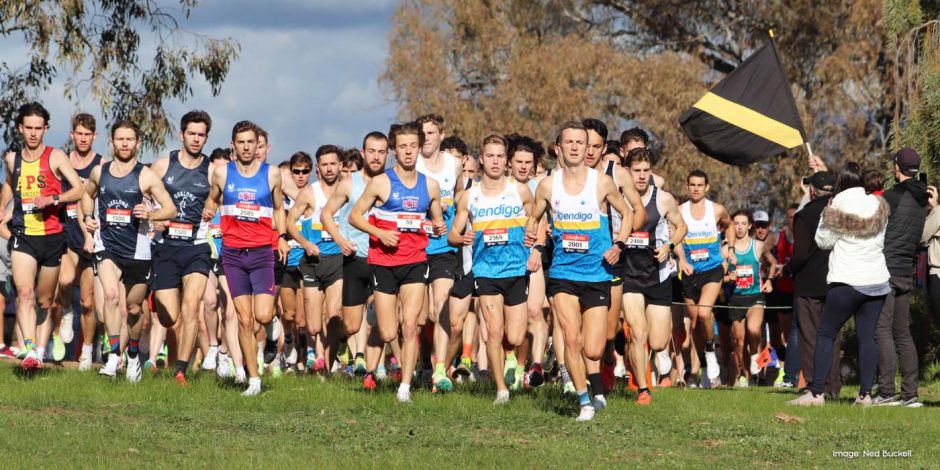 It was victory for the Bats in men’s division four ahead of Ivanhoe, Ballarat, Collingwood, and Glenhuntly.
Placings for Bendigo’s runners in the 8km contest were Brian McGinley 43rd, Bryan Keely 61st, Glenn McMillan 64th, Stephen Van Rees 66th, and Nigel Preston 96th. 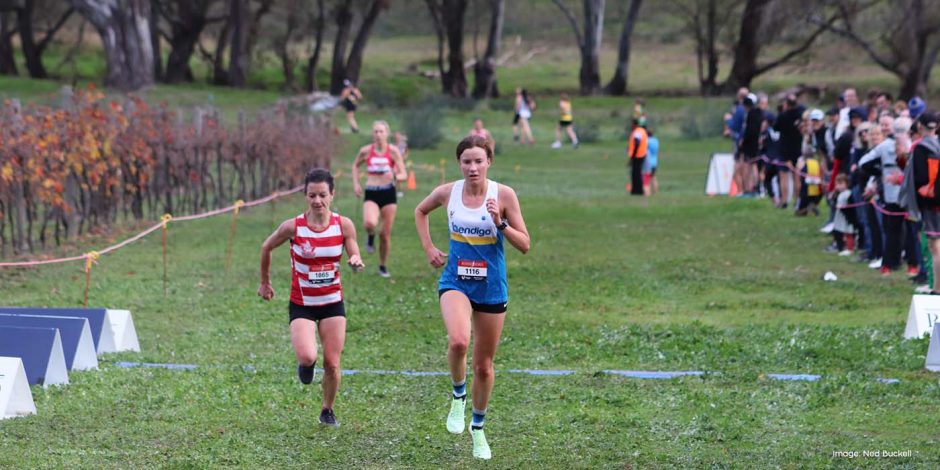 It was victory for Bendigo in women’s division four from Mornington, Mentone, Waverley, and Box Hill.
The Bendigo line-up was Alice Wilkinson 21st, Rebecca Wilkinson 30th, and Vanessa Bull 60th. 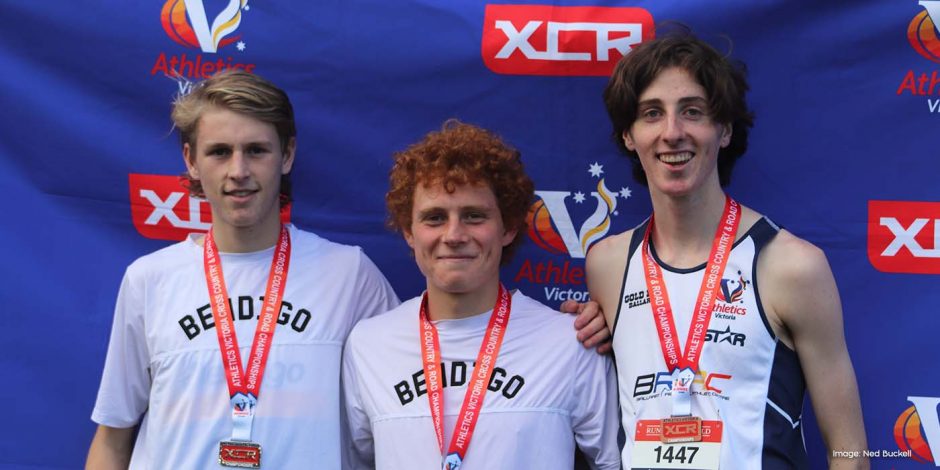 A star-studded Bats’ under-18 boys’ team of Jayden Padgham, Harrison Boyd and Logan Tickell was first.
Padgham won the 4km contest in 12.53 from Boyd, 12.55, as Tickell was fifth in 13.20.
All three are coached by Andy Buchanan.
Bendigo teams (2) and (3) were 4th and 14th as Max Rowe, Mason Woodward, Thomas McArthur and Tanner Fear tackled the gruelling course.

In the under-20 girls’ 4km, Geelong, Collingwood and Yarra Ranges led the way as Tullie Rowe finished second overall in a time of 15.34 to be fourth in the teams category.

In the under-18 girls, Phoebe Lonsdale and Tully Lang ran times of 11.54 and 14.03 for the 3km as Bendigo was runner-up to Diamond Valley. 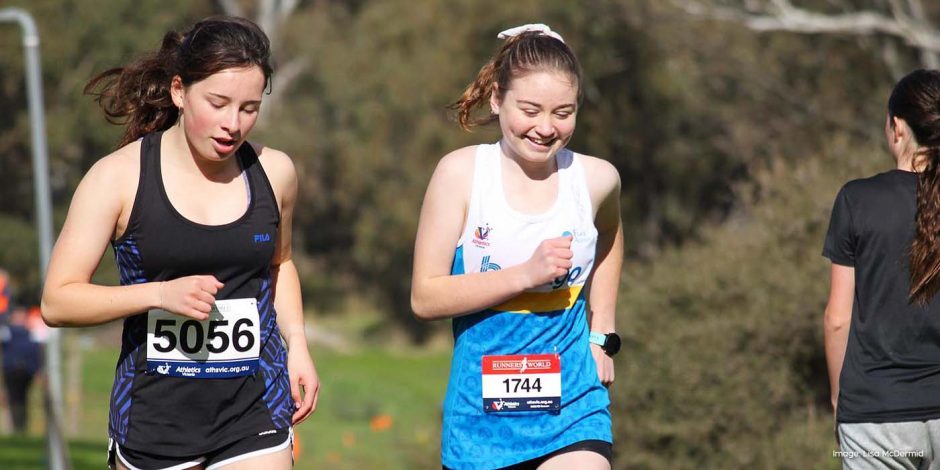 Bendigo was to the fore in the masters categories

Collingwood was the 40-plus men’s champion as Bendigo was 2nd, 6th, 16th, 25th and 46th. In the 40-plus women’s category, Bendigo was 17th.
Just one point separated Glenhuntly and Bendigo in the 50-plus men’s showdown as the Bats also marked placings of 8th and 39th.
The 50-plus women were seventh, and the 60-plus men were 11th to cap an outstanding afternoon of running by all of Bendigo Region’s athletes.

Another highlight of the event run at St Anne’s was the Family 3km run/walk.

Next round in XCR22 will be run on June 18 at Cruden Farm in Langwarrin.
Race distances are 12km and 8km as athletes line up for heritage round. 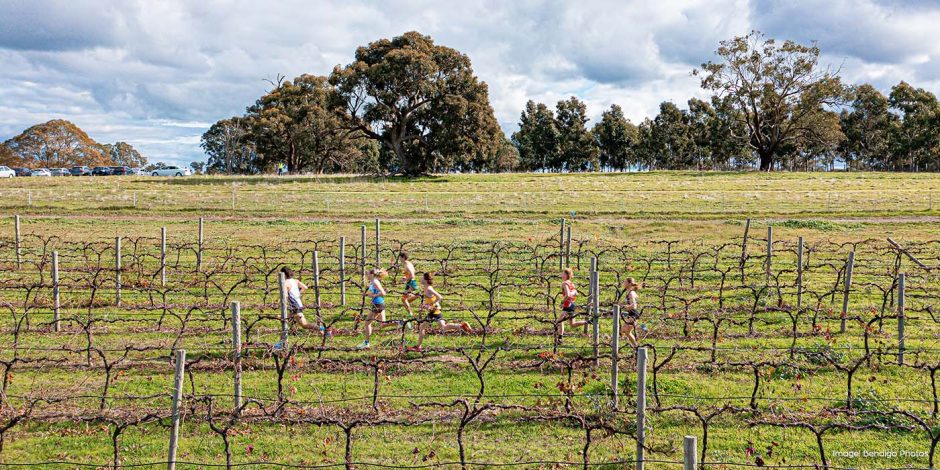