ATHLETES from Eaglehawk and Bendigo Harriers capped a great run in AVSL as they contested the AVSL play-offs at South Melbourne’s Lakeside Stadium on Saturday 5 March 2022.

Both clubs pitted their skills against the metropolitan powers.

Eaglehawk was in premier division against Essendon, Diamond Valley and Glenhuntly.

The Bendigo Harriers marked the early months of their 100th year by being second on the division two ladder after the preliminary rounds and in a fight to stay there and earn promotion to premier for next season.

Under the AVSL format, points were accumulated from an athlete’s best three events and a relay.

The Hawks squad of 37 performed brilliantly across many disciplines to score 33,438 points.

It was a closely-fought duel between Keilor St Bernards and Bendigo Harriers as they finished on 20,975 and 18,017 points.

Bendigo University qualified for the division five play-offs but did not compete.

Several Hawks and Harriers were among the top 100 in the most valuable athlete award in the final. 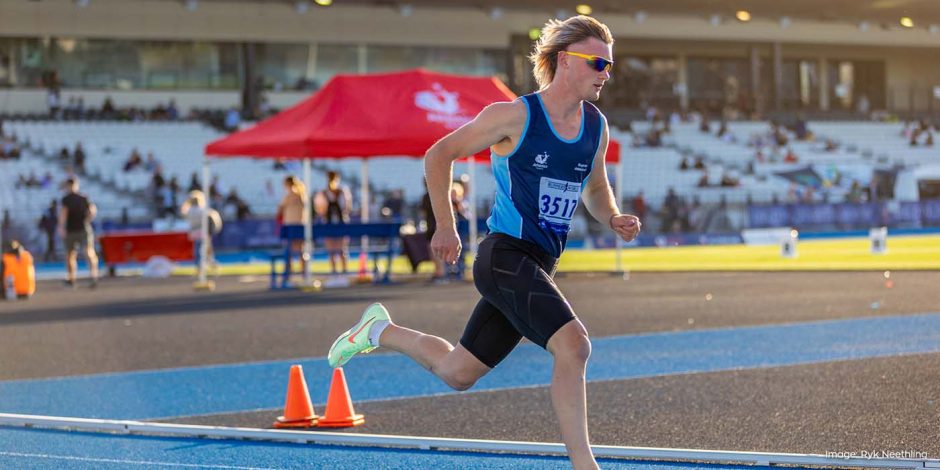 Angus McKindlay in action on the track

A first-year competitor in track and field, Cameron Smith was 21st on 1336 points.

It was at high jump and triple jump where Alyssa Beaton hit marks of 1.45m and 9.77m.

Best for the Bendigo Harriers was Brett Gilligan, 51st on 1231 points in the 40-plus class.

Finale to the day’s action was the 4 x 400m relay in which Eaglehawk’s team of Mason, McKindlay, Smith and William Beaton clocked a time of 3:32.85 to score 507 points and be the men’s open champion. 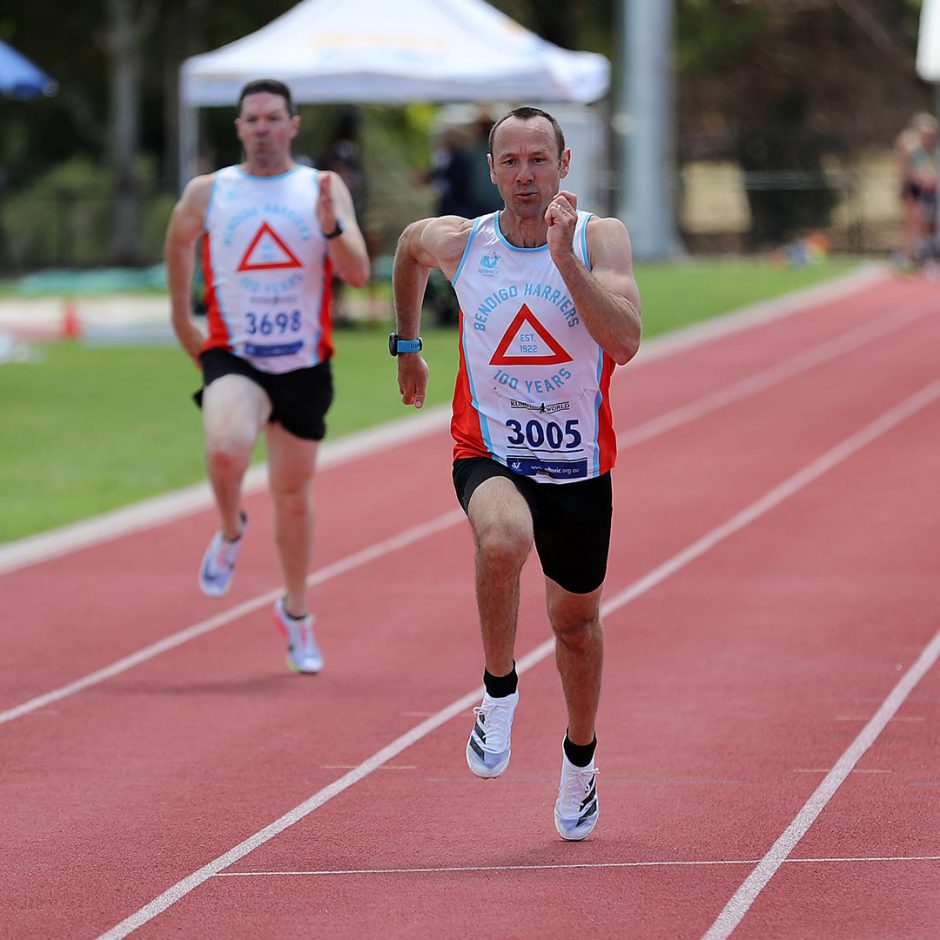