The gruelling ‘King of the Mountain’ race up One Tree Hill has played a big part in Brady Threlfall’s build-up to next month’s Nike-backed Melbourne Marathon.

Hours after winning the Bendigo Harriers Athletics Club’s classic in Spring Gully for the 11th time, Threlfall spoke about the build-up toward another 42.2km showdown to be run on December 12.

Give ’em a Kudos:

“My club’s King of the Mountain was always in my plans for Melbourne,” Threlfall said of tackling the 3km race.

“The lead-up to Sunday’s race included a fairly solid training run before the One Tree Hill climb.

“It was all about testing the legs, especially the feeling from about the 30-kilometre mark in a marathon.”

Among those watching his latest victory on the hill were parents Ron and Jo, and Brady’s two-year-old son, Hudson.

Wife Carley is expecting the couple’s second baby in December.

“It’s going to be a hectic couple of months on the home front, as well as training and racing,” said the talented athlete as he prepares to contest the Melbourne Marathon for a second time.

Threlfall has run the Berlin Marathon on three occasions and Japan twice.

Not only is Threlfall putting in plenty of work to prepare for Melbourne, but also as coach and training partner for Archie Reid and Nathan Stoate who will race on December 12 in the half-marathon and marathon respectively.

The Echuca-based athlete has no hills nearby to train on, but has trained and raced at One Tree Hill many times.

“Racing at One Tree Hill is always tough, but this year I had to work incredibly hard for the win,” Threlfall said.

“Halfway up the final climb it looked like chances of winning were just about gone,” he said of being overtaken by Harriers’ clubmate Harrison Boyd.

“Harrison and Michael (Preece) both ran incredibly well. I knew the pace would be on from the start and it was.

“The climb at One Tree Hill is a great test for the legs.

“A couple of years ago it was a great battle with Cody Williamson and Leon Keely for the win.”

It was Threlfall’s first hit-out since the Launceston 10km held on the Queen’s Birthday holiday weekend.

Threlfall’s strength in the quads and mind was to the fore in the last 300 metres of the gruelling climb in Spring Gully.

The King of the Mountain first raced with the Harriers when he was 15 and the 34-year-old responded to the fierce challenge from Boyd and Michael Preece who was racing on an invitation basis to take victory in 9.33. 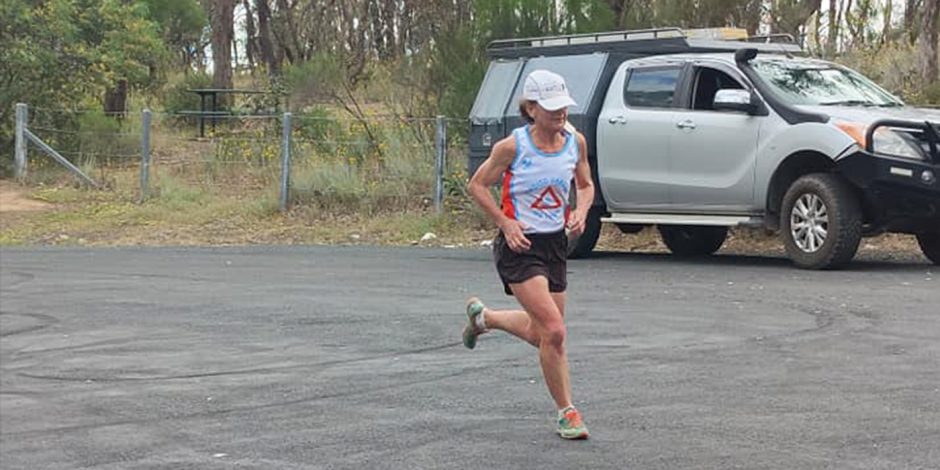 Anne Buckley running during the 2021 King Of The Mountain.

Another of Harriers’ long-time and most consistent athletes, Anne Buckley (pictured) earned the Queen of the Mountain title for the 18th time.

Fastest of the females was Meredith Cook, racing on invitation basis in 13.09 to be seventh across the line.

Second and third on handicap were Rick Ermel and Rossi Evans.

Sunday’s festivities for Bendigo Harriers which is celebrating its 100th Birthday in 2022 included life membership being awarded to Victor Cook.

“Not only was Sunday great for racing, but also a chance to catch-up with club legends such as Neil Macdonald and Ivan Kitt, and also Rossi Evans and Ben Fahy who I did a lot of training and racing with.”

Results from the Cubbi-backed King of the Mountain (3km) at One Tree Hill: