Th BENDIGO Bats outran rivals to be number one team in three divisions at Saturday’s second round of Athletics Victoria’s XCR ’21 cross-country series raced at Lardner Park near Warragul.

The Bats earned enough points to be men’s open division two champions, and would also have taken out division one.

Bendigo had many athletes race on the rolling hills at Lardner Park for the first time.

“We had five runners in the top 30 and seven in the top 50,” said Athletics Bendigo representative, Nigel Preston.

“Every position counts as a point – so if you are first, that’s one point; second is two points; third is three points, etc. So the team with the lowest combined score wins,” explained Preston.

Based on the team scores, the Bats won Division 4 and their score would have also taken out Division 3.

The Bats also won Division 7 and their score would have also taken out Division 6.

There were many individual highlights, too:

Dual national 10km cross-country champion Andy Buchanan ran the 8km in 23:57 to be fastest of all competitors. 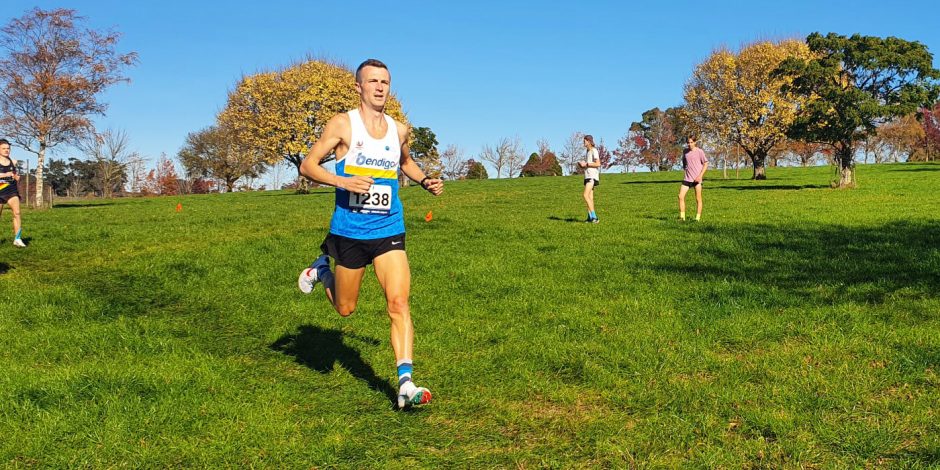 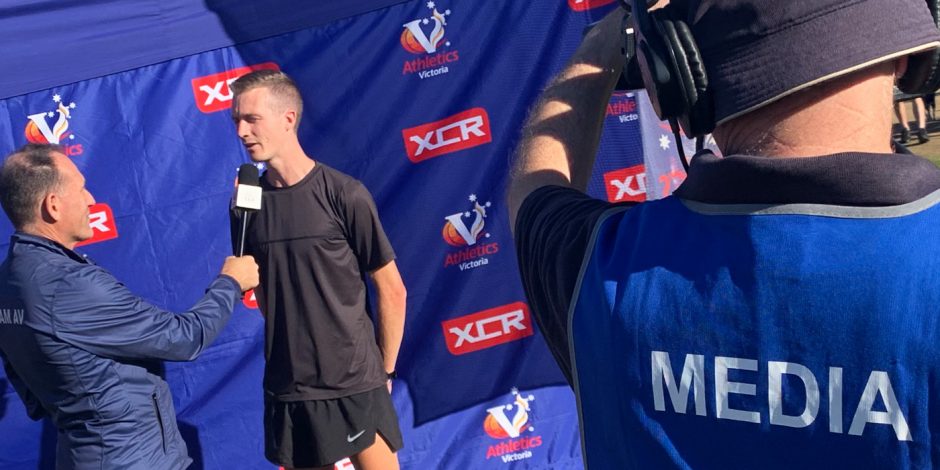 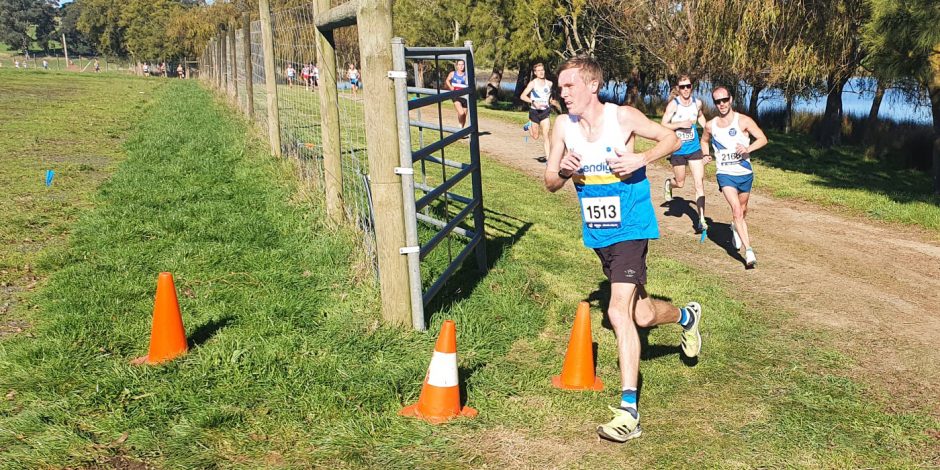 Among the many highs for Bendigo was the victory by Bendigo Harriers veteran Anne Buckley in the women’s 50-plus class.

A representative for Bendigo since December, 1984, Buckley celebrated her first cross-country medal in open age.

“I was really pleased with how I ran today and I felt good.

“I’ve always wanted to win a medal in cross country and now I have I could retire happily, but I won’t be stopping yet,” Buckley said. 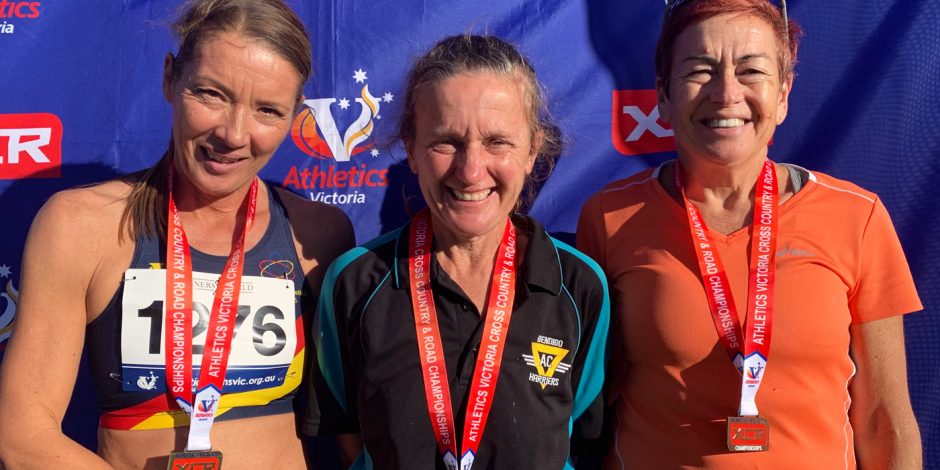 The Bats’ young stars were also in great form.

Uni Pride’s Tullie Rowe was fourth in the under-18 3km.

Alice Wilkinson (pictured below) from Bendigo Harriers ran the open 8km in 34.24.

Bendigo Harriers’ Harrison Boyd and University’s Angus Macafee ran the under-18 4km, but times were not listed on AV results.

Next round in XCR ’21 is on June 5 when the Ekiden Relays are run at Myrniong. 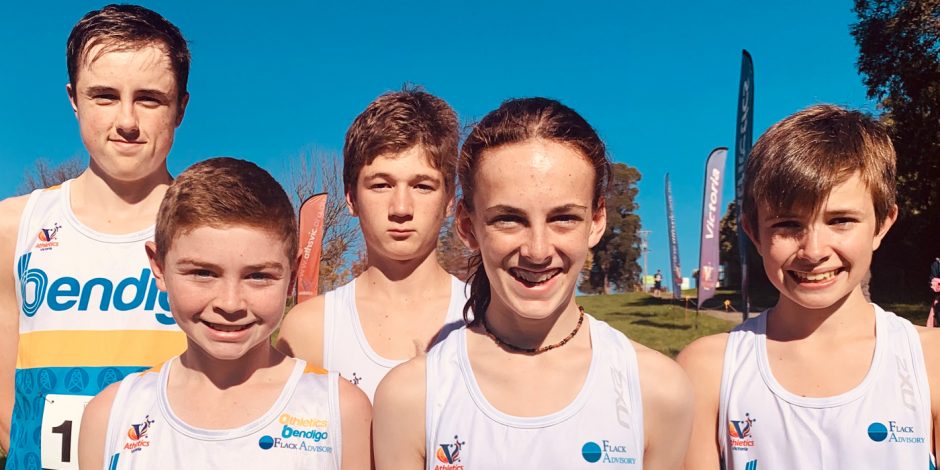 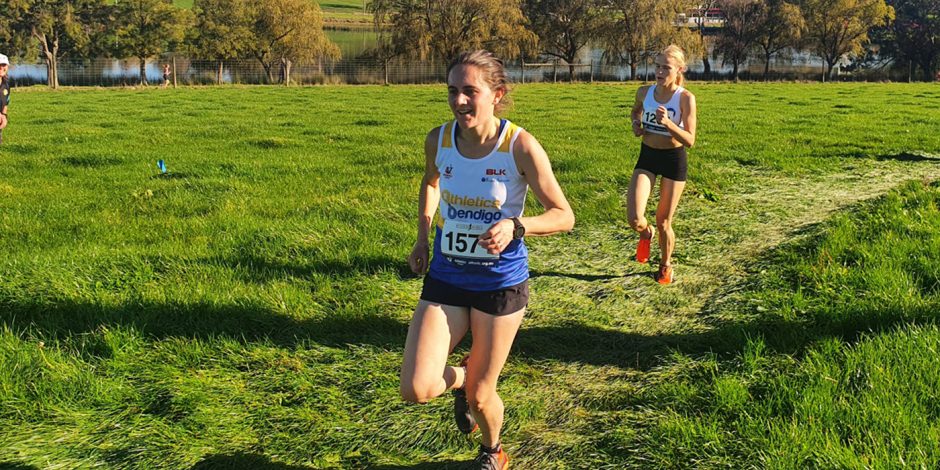