A record which had stood for almost 21 years was broken by Bendigo Harriers athlete Jamie Cook in this week’s 10,000m classic under lights of the Flack Advisory-backed Tuesday Night Series run at Flora Hill.

Cook’s time of 30:48.66 beat the mark of 30:57.28 set by Shane Nankervis from Ballarat YCW on January 23, 2000 when the La Trobe University Bendigo athletics complex hosted the Victoria Country Championships.

Cook’s personal best of 30.08 at Geelong meant he was number one in seedings for Tuesday’s 25-lap race. A goal was to break the 30-minute mark.

“The gusty winds made the race really tough,” Cook said after an outstanding victory.

“I had been doing a lot of training in recent weeks, but tonight was my first serious crack at a race for quite a while.

“It was great to have the guys from Melbourne make their way up here to compete, and also to have Brian McGinley from Bendigo University in the field, too,” said Cook.

How the race unfolded

The early pace was set by Harry Norman of Yarra Ranges as Cook settled at second in the field of six.  By 21 laps to go, Cook had taken the lead and he began to up the tempo.Able to consistently run between 71 and 74 seconds a lap, Cook surged ahead from the 10-lap mark in the blustery conditions.

When the bell sounded to signal the last lap, Cook was 24 seconds under the 30-minute mark. He powered to the line as McGinley capped a superb run to be second in 31:47 ahead of Samuel Quirk from St Stephens in 31:51. Next best were Harry Norman, 32:06, and Jesse Dunsmore, 33:03, who made the long trek from Frankston.

“I was aiming to beat the 30-minute mark, but to have such a strong run against Brian (McGinley) and the guys from Melbourne is something I am really happy about.”

Cook was not aware of the track record until late in the race.

“I had no idea of it until Bill Trew (race commentator) mentioned it.”

Next major goal is to quality for the Zatopek 10 on January 26 in Melbourne.

“I raced in B-grade at Zatopek earlier this year, but am hopeful of a call-up to the main event.” The Chris Wardlaw-coached athlete will continue to rack up the kilometres in training: “The key for me is consistent efforts in training and racing.” 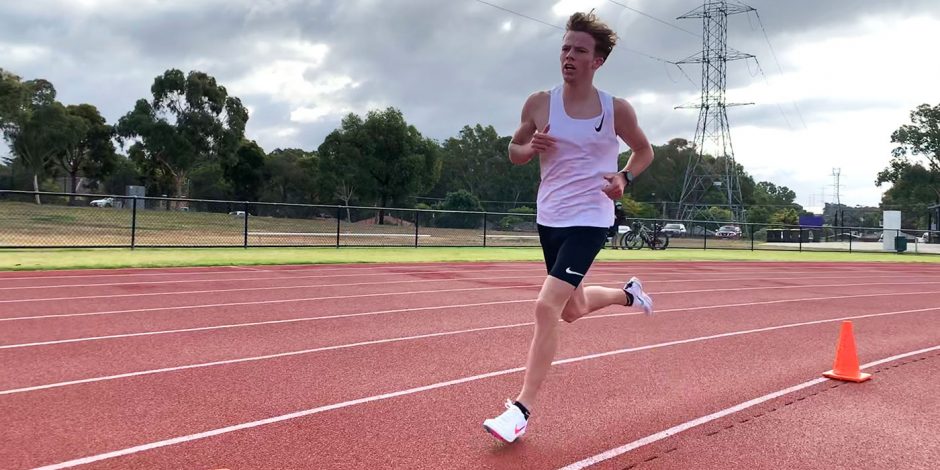 Tuesday’s action at the track kicked off with the 3000m in which Nigel Preston from Bendigo University took out heat one in 9:32 from Harriers’ Mychael Baker, 10:25.

The Buckell twins, Matthew (pictured) and Ned were to the fore in heat two. Matt broke clear at three laps to go and won in 8 minutes 55 seconds from Ned, 9:09, and University’s Stephen van Rees with a personal best time of 9:10. 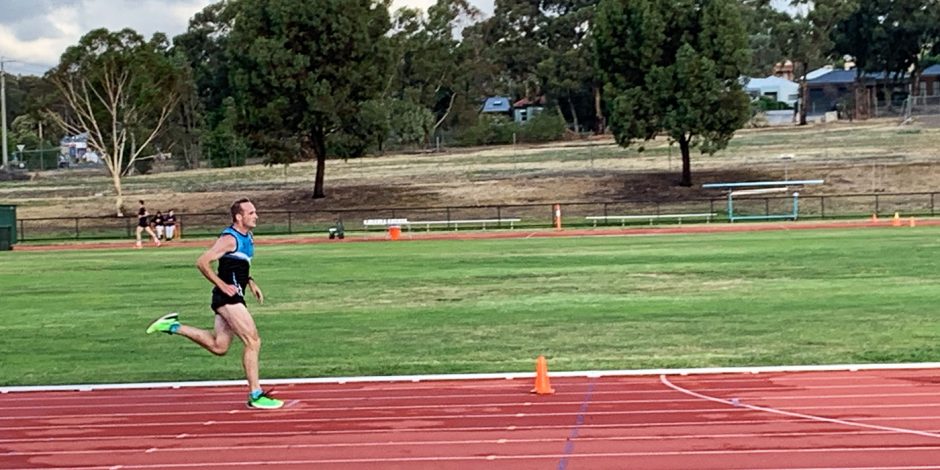 Shepparton’s Glenn McMillan (pictured) dominated the first of the 10,000m races to win in 34 minutes and 14 seconds from the University cluster of Brian Watson, Andrew van Agtmaal, Andrew Creer, Mike Bieleny and John Flood. This was also a Personal Best for Glenn!