Kenan Seebah – A mindful approach to sport and life

Kenan Seebah – A mindful approach to sport and life

Bendigo Senior Secondary College (BSSC) Year 12 student and athlete Kenan Seebah may have only been in Bendigo a couple of years, his love of athletics stretches back to when he was a young boy growing up on the island of Mauritius, East Africa. This profile of Kenan was first published on the BSSC website and has been reproduced here with permission.

“My family and I used to go running at Gymkhana, a local army reserve close to where we lived,” Kenan says. “I love athletics because it has improved my health both physically and mentally.”

When Kenan moved to Bendigo, one of the first things he did was join the Eaglehawk Athletic Club. He quickly made new friends and connected with like-minded people, but also developed an even greater passion for running.

“I strongly believe it’s been one of the best decisions I’ve made in my life,” Kenan says. “The constant competition and tough training developed my ability to cope with stressful situations, not just on the track, but also at school.

“I’ve also learnt tactics such as meditation, breathing techniques and visualisation to assist with this process.”

“None of this would have happened without my coach, Terry Hicks, my family, and the members of the Eaglehawk Athletic Club,” Kenan stresses. “The support I have is incredible.”

Though COVID-19 has had a massive impact on athletes and competition all around the world in 2020, it’s not the only challenge Kenan has had to overcome. A hamstring injury, combined with tendonitis, has meant a long rehabilitation process with physiotherapy.

“I had to be resilient, alternating my training between running sessions and strengthening workouts,” he explains. “Training in groups was banned due to COVID, so it’s all been individual training. I’ve had to stay motivated.” 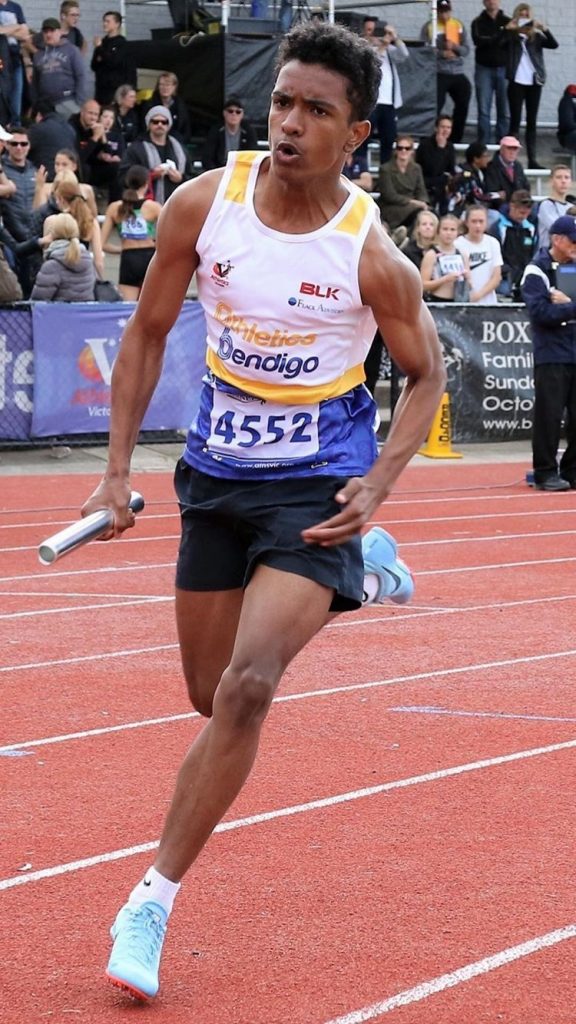 But Kenan is staying optimistic and sees this time as a unique opportunity to get the edge on other athletes before the upcoming season.

“I’m really eager to compete again,” he says. “With many athletes discouraged from training during the pandemic, it’s a chance to reach ahead of the competition, both physically, skilfully, and mentally.”

Like so many Year 12 students in 2020, Kenan’s life outside of sport has also forced him to adapt. Staying focused on his academic performance and working part-time in aged care have both thrown many challenges his way.

“Remote learning was difficult at the start, but I slowly adapted to the challenges of time management and productivity,” he says. “I made a list on a whiteboard every morning and progressively ticked things off throughout the day.

“I’m so grateful to the teachers at BSSC for their availability and constant efforts to make remote learning easier.”

Kenan’s passion for sport has also informed his pathway choice beyond Year 12.

“I’m hoping to get into Monash University next year to study a Bachelor of Psychology,” he says. “My career goal is to become a sports psychologist to encourage athletes like me, and help the community. I’m also determined to stay mindful and keep up with my athletic life.”