One of many talented athletes in Eaglehawk’s famous two blue colours, Bentley’s record-breaking feats at 200m and 400m were season highs.

The 15-year-old kicked off the season by running a brilliant time of 50.92 seconds in the 400m to set a record for the under-16 age group.

“I was absolutely shocked,” Bentley said when told he was the Rising Star winner.

“There are so many talented young athletes competing with Bendigo clubs and doing so well in all sorts of events. It’s an honour I am extremely proud of.”

Bentley’s all-round skill was to the fore in many rounds of Athletics Victoria’s Shield League action at the Latrobe University Bendigo athletics complex in Flora Hill. 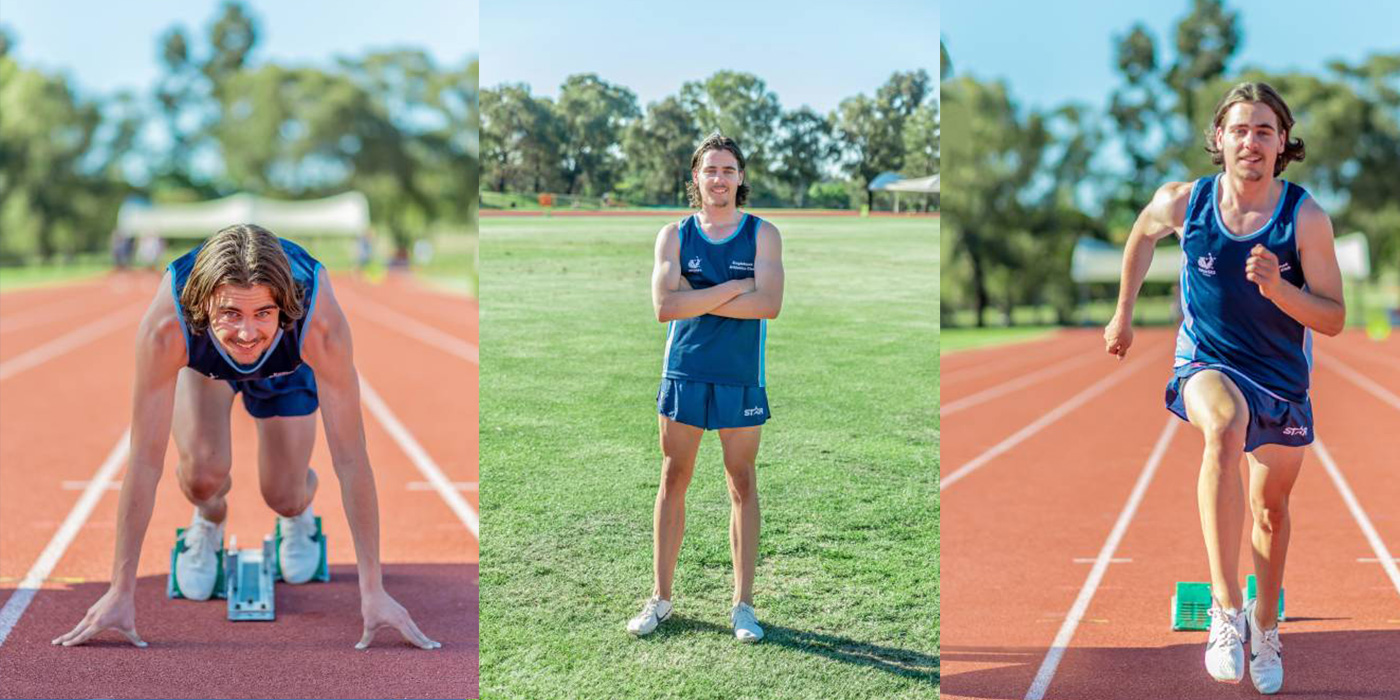 Another key to his season’s feats was managing his diabetes.

“It’s been a great challenge since I started competing in athletics, or playing footy,” Bentley said.
“This year I had a lot of help and support from Steve Flint at the AIS. “Being a lot more aware of sugar levels in the hours leading up to competition was really important.

“Steve’s advice has helped me so much.”

Bentley marked his return to LUBAC last Thursday night for training with the Hicks squad. “It was great to be back. The group number is capped at 10, and social distancing was practised,” he said of training under the new COVID-19 guidelines.

Goals he will pursue next season include running 400m in 48 seconds or less, and more 1500m contests.