Athletes raced 10km to decide the Open, 40-plus, 50-plus and 60-plus age group state champions.

Among those cheering Bendigo to victory was Bec Wilkinson, complete with ‘moon boot’, who had run in the opening two rounds. 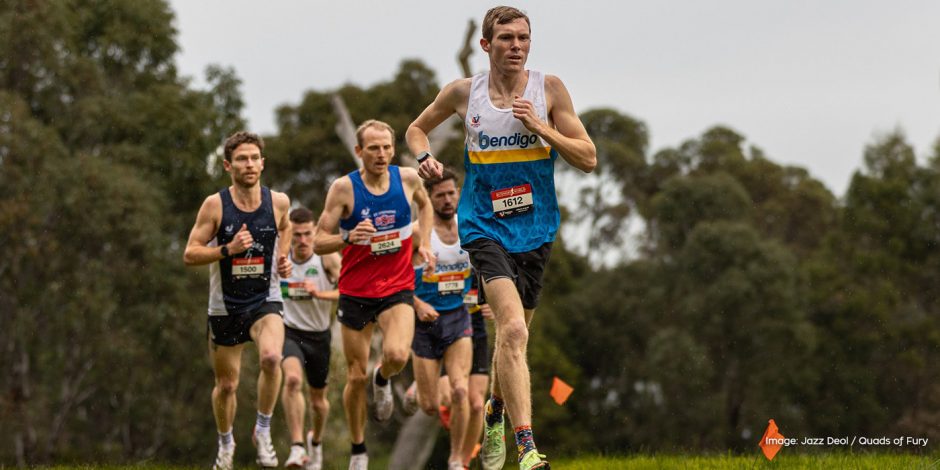 The top six times for the team counted towards points for the Premer Division, with six athletes inside the top 30.

Nathan Stoate and Brady Threlfall have now qualified for the Australia National Cross Country Championships, with Matt Buckell recording an XCR best ever result of 11th and awaits selection advice.

The next five athletes scored points for the team’s Division four team.

The day’s racing doubled as the Victorian All Schools cross-country championships and national XC selection trials.

In the under-15 girls race, Chelsea Tickell was fifth and Ebony Woodward was 61st.

Avery McDermid was 14th in the under-15 boys race.

The under-16 girls event included 10th placing for Genevieve Nihill.

Bats’ young guns Jayden Padgham and Harrison Boyd were third and fifth in the under-18 boys as Angus Macafee was 33rd.

Phoebe Lonsdale ran to seventh place in the under-18 girls as Tullie Rowe and Taryn Furletti were 7th and 12th in the under-20 women’s final.

On Sunday, Gin McCormick ran to victory in the 10km Run Melbourne in her Bendigo singlet.

Next round in XCR 22 is a 10km showdown at Lakeside Albert Park on August 7, the distance for juniors at this event will be 3km.