ATHLETICS Bendigo Region was to the fore in the finale to Athletics Victoria state open and under-age track and field titles in Melbourne, held on Feb 25 – 26, 2022.

Medal haul for those with links to Bendigo Region after Friday night’s and Saturday’s action at Lakeside Stadium in South Melbourne’s Albert Park precinct was seven gold, three silver and seven bronze.

The next day and it Chelsea’s brother, Logan who outran rivals in the under-17 3000m.

Logan is the Victorian under-15 record-holder for 3000m. 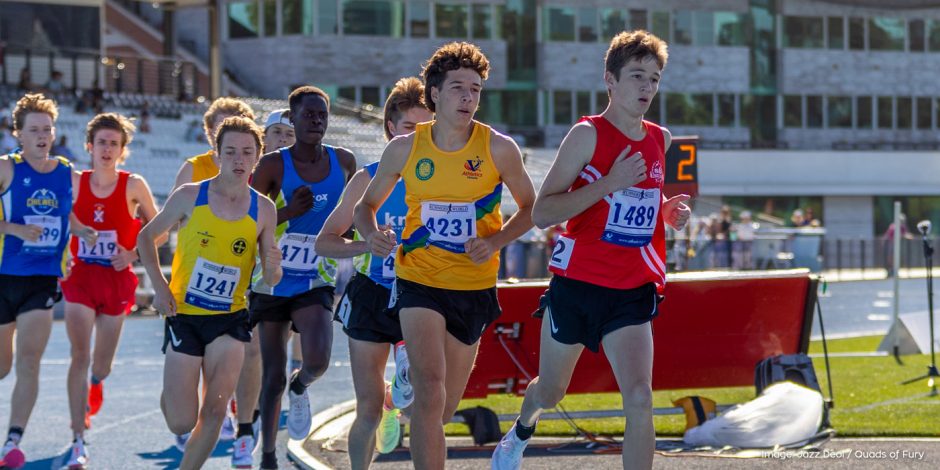 Woods is still based in Bendigo and holds several Athletics Bendigo records in the high-flying event.

Another emerging star of pole vault, Rhys Hansen cleared 3.30m to win the under-15 final.

From Waaia, which is between Nathalia and Numurkah, Hansen is competing with South Bendigo AC.

Training partner, Jayden Padgham from Bendigo University was runner-up in 8:48.96.

South Bendigo’s Kai Norton completed the championships on two gold, one silver and a bronze.

Clubmate Jasper Seymour hurt his knee in the warm-up but did a standing-start throw which reached 23.90m.

Norton was third in the under-14 discus, 34.35m, but Seymour’s injury kept him on the sidelines.

Bendigo Harriers’ Jake Gavriliadis reached a mark of 48.83m to earn silver in the under-17 discus.

Xavier Pitt from Wangaratta regularly competef in Bendigo’s rounds of AVSL and shone at javelin.

A mark of 50.63m competing for Albury clinched gold in the under-17 showdown.

In the under-20 men’s events, Eaglehawk’s Angus McKindlay ran the 400m hurdles in 55.97 to claim bronze.

At javelin, Eaglehawk’s Dude Kelly hit a mark of 46.41m to claim silver in the under-18 final.

Kelly travelled from Culgoa to compete in Bendigo’s rounds of AVSL.

It was more bronze for Bendigo Harriers in the under-18 women’s division as Caitlin Evans ran the 400m hurdles in 67.12 seconds, and Jorja Hill reached a mark of 32.03m at javelin.

Merlin Tzaros from Bendigo Harriers ran a brilliant time of 9:37.39 in the under-15 3000m final to earn bronze.

Albury’s Alex Pitt has competed at some of Bendigo’s rounds in this season’s AVSL and hit a mark of 42.97m to be third in the under-20 javelin.