Athletes from Bendigo Harriers, Bendigo University, Eaglehawk, and South Bendigo were in fine form across Saturday and Sunday at Lakeside Stadium in Melbourne’s Albert Park precinct.

The biggest haul on weekend two of the championships was in the pole vault. 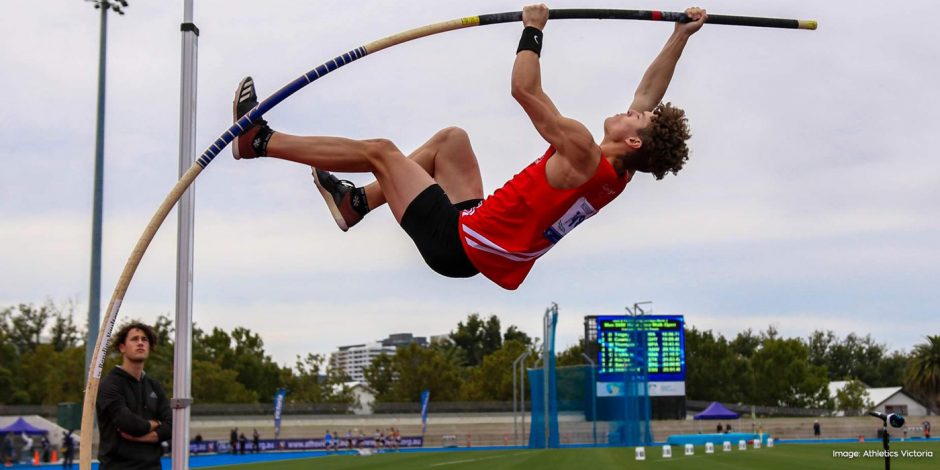 South Bendigo’s James Woods was second in the under-20 final, clubmate Emma Orme earned silver in the under-15s, and Bendigo Harriers’ Frances Leach was third in the under-17s category. It was the first pole vault hit-out for Orme and Leach at state titles level. Both performed extremely well to clear heights of 2.40m and 2.50m. Although well-below his Bendigo Centre record-breaking leap of 4.95m, Woods cleared 4.50m to be runner-up in the under-20s.

At discus, Dunolly’s Jake Gavriliadis who competes with Bendigo Harriers reached a mark of 50.22 metres to claim silver in the under-16 final.

Eaglehawk’s Angus McKindlay put in a superb effort to run 57.60 seconds and earn second place in the under-20 400m hurdles.

After striking gold in the open shot put the previous weekend, South Bendigo’s Emma Berg followed up with a mark of 41.21m to claim bronze in the open discus.

Bendigo Harriers’ Jorja Hill hit a mark of 31.87m to be third in the under-17 javelin.