The medal haul for Bendigo Region on the first weekend of Athletics Victoria’s track and field championships hit 10.
A great tally for Flack Advisory Services Group-backed Bendigo Region was three gold, four silver and three bronze.
There were outstanding feats across many events as the competition was run on Friday night and across Saturday and Sunday at Lakeside Stadium in Albert Park. 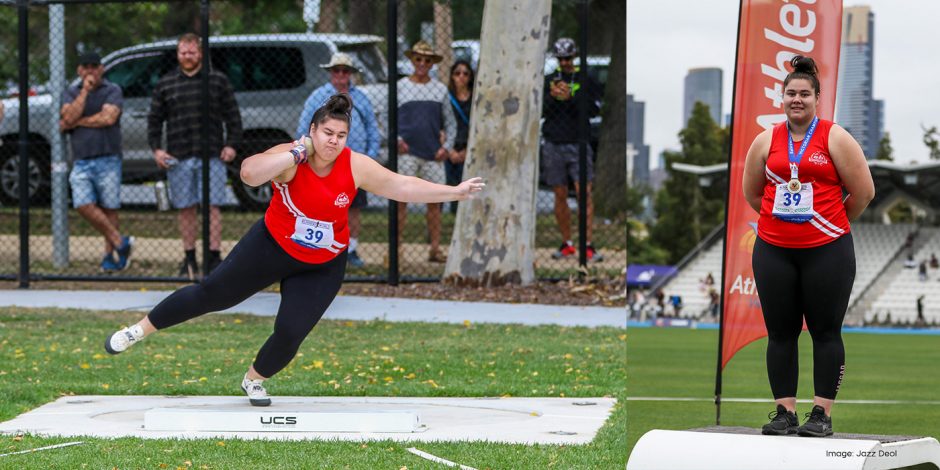 Reigning national open shot put champion, Emma Berg achieved a mark of 14.70 metres to again strike gold. A star with South Bendigo AC, Berg from Swan Hill has dominated in many field events across the country. 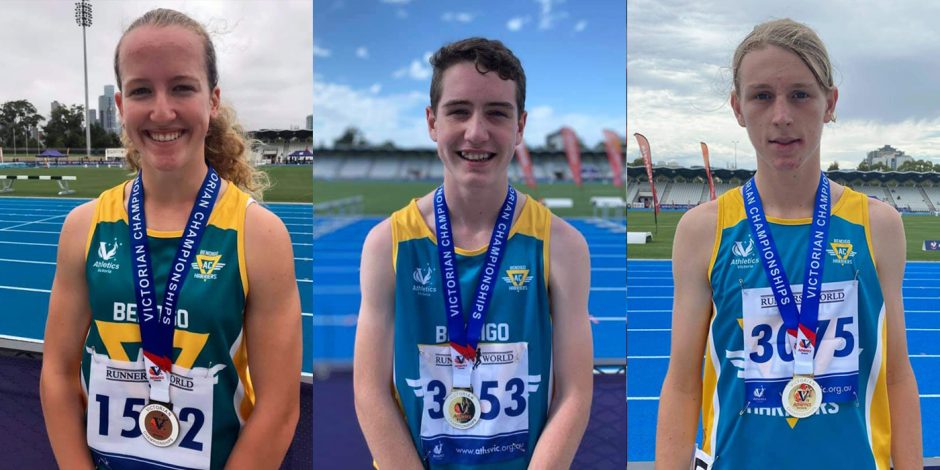 The record-breaking run for high jump star Liam Shadbolt kept on rolling. Another talented athlete from near Swan Hill, Shadbolt cleared the 1.84m mark to win the under-15 final. The Bendigo Harriers’ rising star broke the Victoria Country under-14 record and set a Bendigo residential record.

Harriers’ clubmate Harrison Boyd put in another superb effort in the 2000m steeplechase. Boyd ran and leapt to glory in a great time of 6:28.43 to be the under-17 champion.

Caitlin Evans from Bendigo Harriers ran the 400m in 59.28 seconds to win bronze in the under-17s class.

Eaglehawk’s Olivia Graham threw the hammer to a mark of 48.87m, a Bendigo residential record, as she won silver in the open final. The under-20 100m final was one of the most dramatic of the weekend.

Shepparton’s Antonio Vaitohi, who previously competed with Bendigo Harriers, charged to victory in 10.91 seconds as he beat Eaglehawk’s Kye Mason by one-hundredth of a second (pictured main). The medal haul for Bendigo Harriers included silver for Jake Gavriliadis, 13.06m in the under-16 shot put; and Harriet Gall, 1.63m in the under-16 high jump.

The in-form Abbey Hromenko from South Bendigo cleared 1.60m to be equal third in the under-20 high jump.

In the hammer throw, Claire Noonan from Eaglehawk reached a best of 34.24m to be third in the under-18 final. 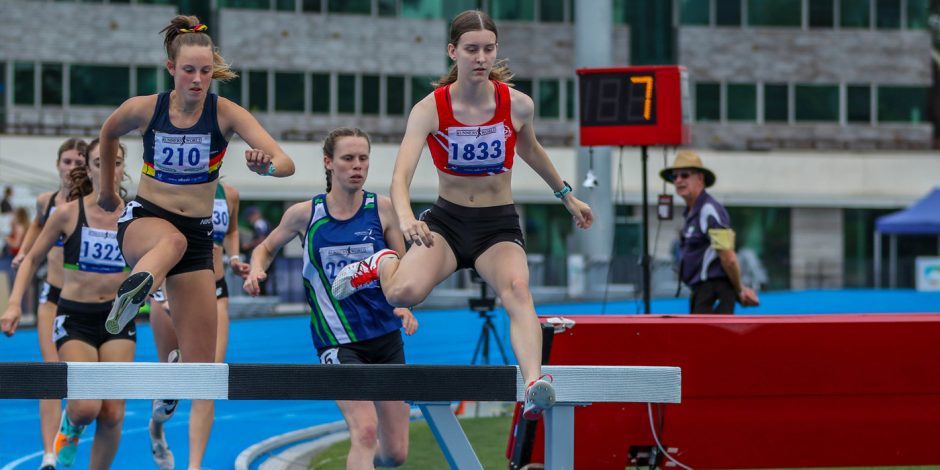 Taryn Furletti (#1833) in action during the steeplechase event. Image by JAZZ DEOL.

A Bendigo residential record for the 3000m steeple was broken by Taryn Furletti from South Bendigo AC. The in-form teenager clocked a time of 11:12.29 as she was fourth in the under-20 final.

Shepparton’s Alice Ludlow reached a mark of 10.50m to earn silver in the under-14 shot put final. 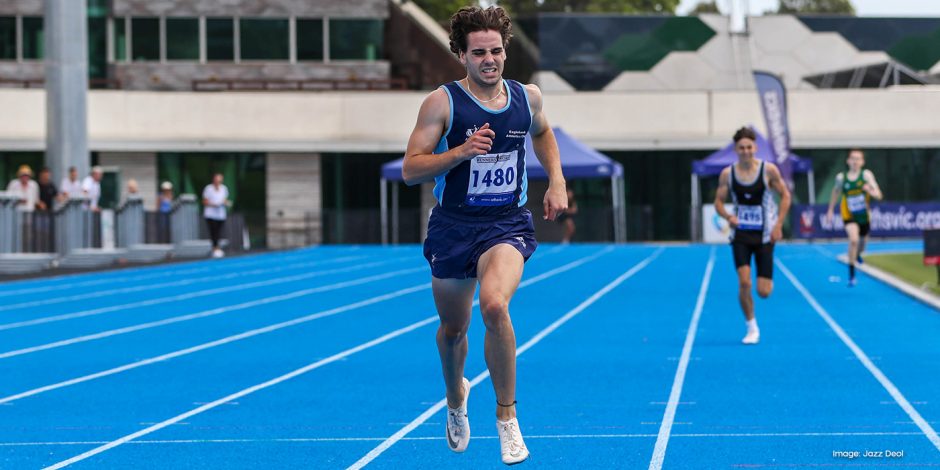 Weekend two of AV’s state and track field championships begins on Friday night at Lakeside Stadium and will continue across Saturday and Sunday at the Albert Park venue.