The “big guns” of Flack Advisory-backed Bendigo Region Athletics distance running are in the A-grade field for tonight’s 5KM Frenzy at the Bendigo Athletics Track.

Bendigo University’s Andy Buchanan, South Bendigo’s Archie Reid, and Bendigo Harriers’ clubmates Jamie Cook and Brady Threlfall will do battle in an event being run in Bendigo for the first time.

Organiser for the 5KM Frenzy, Brett Gilligan from Bendigo Harriers said the favourites for the major men’s and women’s events would be Andy Buchanan and Ellie Pashley.
“Andy has run about 10-15 seconds faster than any other in the field, but is not quite at full strength after injury,” Gilligan said.

“Brady Threlfall has played a big part in helping organise this event. He believes more than 13 men will go sub 15 minutes, and depending on how they race, there’s the potential for a sub 14-minute run.”

The track record of 15 minutes is held by Ballarat’s Shane Nankervis.

“We could see a dozen athletes break that mark,” Gilligan said. “It will be great to see Andy, Brady, Archie and Jamie racing, as well as the Buckell twins, Ned and Matt. Julian Spence, Michael Marantelli and Ben Kelly should also set a great pace.”

“In the women’s race, Ellie Pashley is the red hot favourite. She will be looking to run close to 15:30. The track record is 16:15 held by South Bendigo’s Teleah Hayes.”

It’s free entry for spectators to the 5KM Frenzy, which is part of the Bendigo Harriers build-up to it’s centenary celebrations.

“We were looking for an event which the club could stamp as its own,” said Gilligan. “We have the Bendigo Bank Dragon Mile at Easter, but were keen to put on an event that’s attractive not just to the athletics scene, but would get plenty of spectators through the gate.”

“We want to put on a show and an experience, not just a race. There is a similar race held in the UK each year, so we have used that model. We want people who have never thought of watching running before to get to the track on Friday night and enjoy the atmosphere.”

“We wouldn’t be going ahead without the huge support of the City of Greater Bendigo,” he said of the event being on the Summer in the Parks program. Their Events Management team have been instrumental in putting this together, at extremely short notice.

“Dawn Holland and Brooke Cameron have been superb,” said Gilligan. “We’ve also needed to work with Athletics Bendigo and Athletics Victoria to ensure that all racing still meets standards required for times to be legitimate. It would be no point running a PB only for it not to be genuine.”

Proudly supported by the City of Greater Bendigo’s “Summer in the Parks” Festival program. 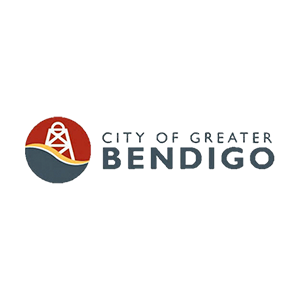